The Unity setup and orientation tutorial will help you to install, config and use Unity properly.

UNITY UX CHANGE SUGGESTIONS: Some things in Unity are confusing for first-time users. These gotchas are not your fault, they are fixable usability problems in Unity. We point them out to advise you how to follow our workaround tips. We will also encourage Unity to fix them!

When run the installer, Unity gives you options for what modules to install. You can install the minimum to save time and disk space and install more modules later when you want to build for more platforms.

Once you install it, when you first open it watch the Getting Started video that will introduce you to the topics you’ll be learning about. 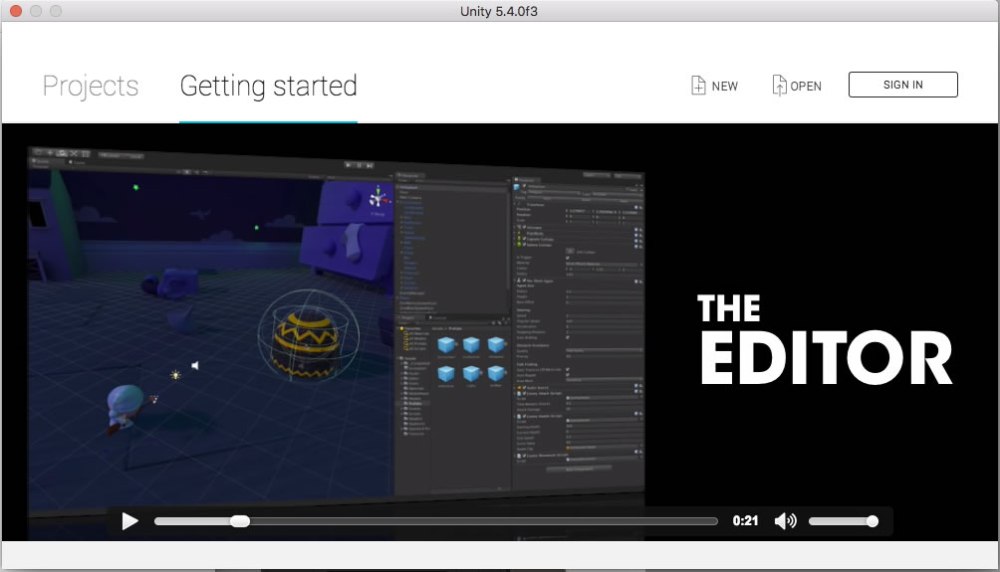 You should change the Project panel to One Column Layout

Protip: you can click Add Tab / Project and add a secondary Project Panel in Two Column Layout alongside the first one in One Column Layout and switch between them instantly.

Getting used to the camera controls

If you have trouble seeing everything, you may have clicked one of the camera perspective buttons in the top right of the scene view. Many developers just pretend these don’t exist most of the time and you should too initially. Do not click the camera arrows or perspective / isomorphic buttons for now. If your camera appears messed up, make sure it is not in Iso mode and click the Iso word to try toggling  back to Perspective.

UNITY DEFAULT SUGGESTION: Unity should hide these by default with some kind of toggle to hide/show these controls.

More suggestions for Unity to fix

You have to tag FPSController as Player

If you import the Characters package, make sure to tag the FPSController prefabs as Player. For some reason, Unity keeps neglecting to do this.

UNITY DEFAULT SUGGESTION: FPSController isn’t tagged as Player and should be.