We hosted a successful Hack The Future 17(!) youth learning hackathon with over 70 young future hackers learning and making projects at the San Jose Tech Museum. It is amazing to think that an event we started 3 years ago continues to grow as future hackers amaze us with their ingenuity.

Sign up: If you or a friend would enjoy it, sign up for the next Hack The Future.

Sign up to be a mentor: If you’d like to teach kids technology of all types or help Gamebridge teach Unity there, contact us and volunteer.

Here are some pictures from the event:

Kids line up with their parents right out the doors of the museum. Check in is super important. We have to make sure the same number check out!

There are about a dozen different stations at Hack The Future teaching all kinds of tech including coding (Unity, Java, Python, Node.js, Minecraft, etc.) and hardware (Soldering, electronic logic circuits, robotics, physical prototyping).

Hack The Future has given kids a chance to make virtual and augmented reality experiences with cutting edge head-mounted displays. 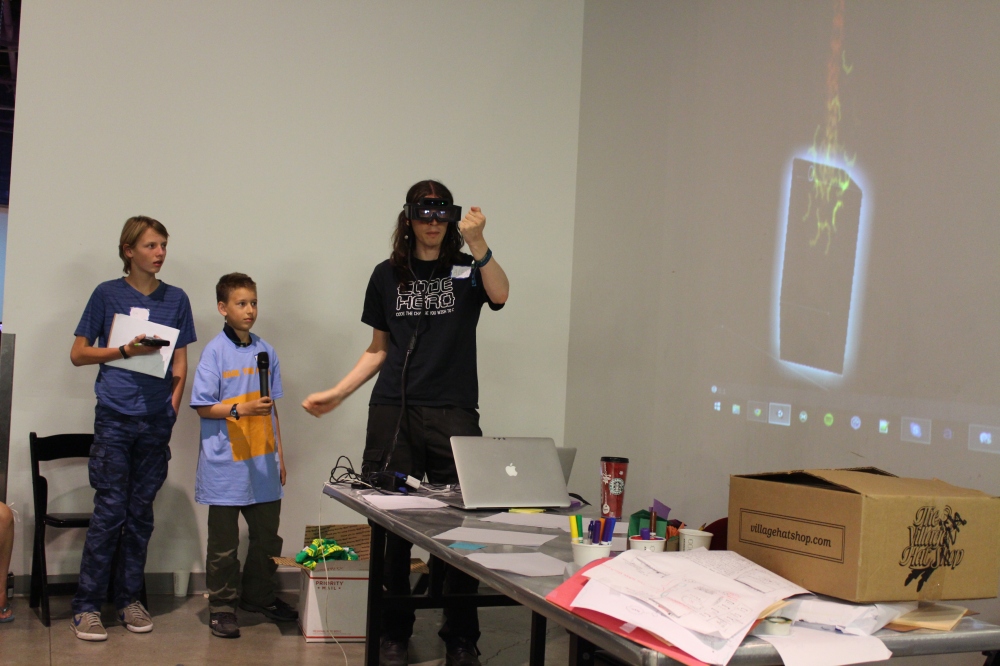 Alex demonstrates a Meta app developed by Trevor and Sam that lets you gather fireballs with your fists and shoot them with outstretched fingers. 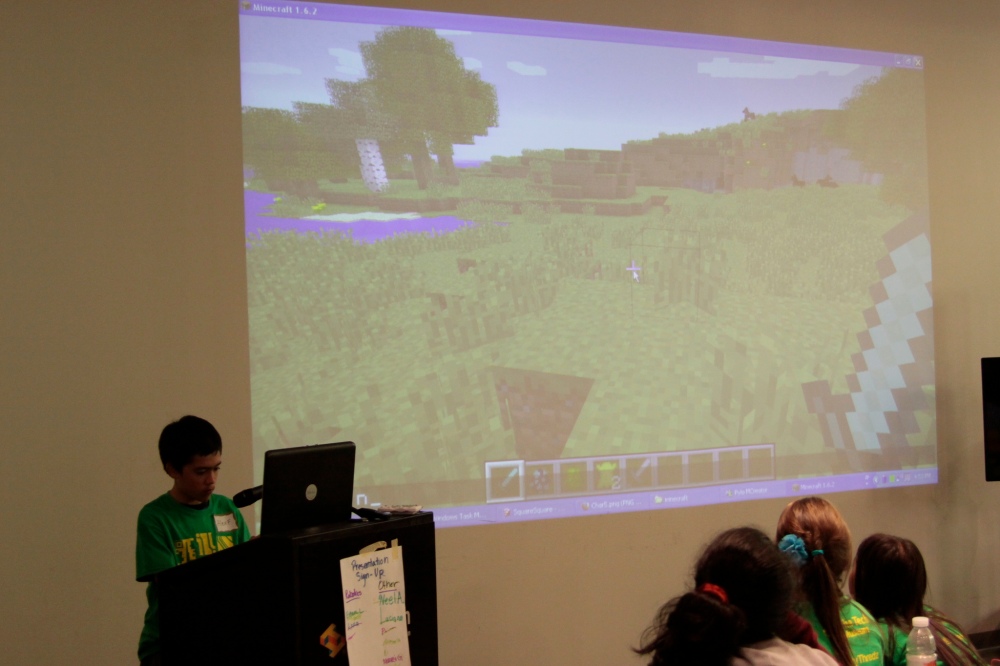 The Gamebridge Unityversity station challenges kids to go beyond modding and build first-person games from scratch with Unity and C#. 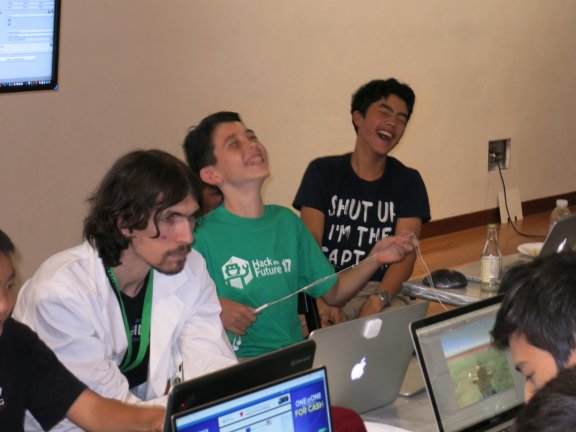 Programming bugs are sometimes maddeningly hard to fix and sometimes unintentionally hilarious. Programming games is sometimes more fun than playing them, with constantly increasing challenge and ever increasing reward as the game takes s hape and peers play it and give feedback. Some kids come to every Hack The Futur, improving their games each time, but most are first-timers.

Learning to code with Unity

The game engine we teach is called Unity and it is a rite of passage for young gamers to code in the same engine that games like Pokemon Go are made with by professionals. For those who have tried kid-friendly code lessons like Scratch, Unity is the natural path to graduate from making playful animations for friends into developing real games with prospects for publishing and selling on app stores.

Unity uses the C# programming language for scripting. While a single day workshop just scratches the surface of the C# language, participants make games far more advanced than they would in years of traditional school computer science classes. First-time Unity developers get to immediately see how example scripts work and those with some programming experience see how their programming skills transfer to C# and the Unity API.

Participants begin by making a first-person character and building a trigger with a Teleport script to catch them if they fall off the edge of the world.

They attach Teleport to a lava object and set its collider to be a trigger that sends a message called OnTriggerEnter to the script. Teleport responds by using Application.LoadLevel to restart when they fall or to another level by reaching an exit portal depending on how they set two variables.

Once you have a world with portals to different levels, you learn how to expand it however you like by building more terrain and placing all kinds of objects and scripts to make moving platforms, chasing monsters, pickup coins, shoot projectiles, place blocks and tell narrative story dialogue. 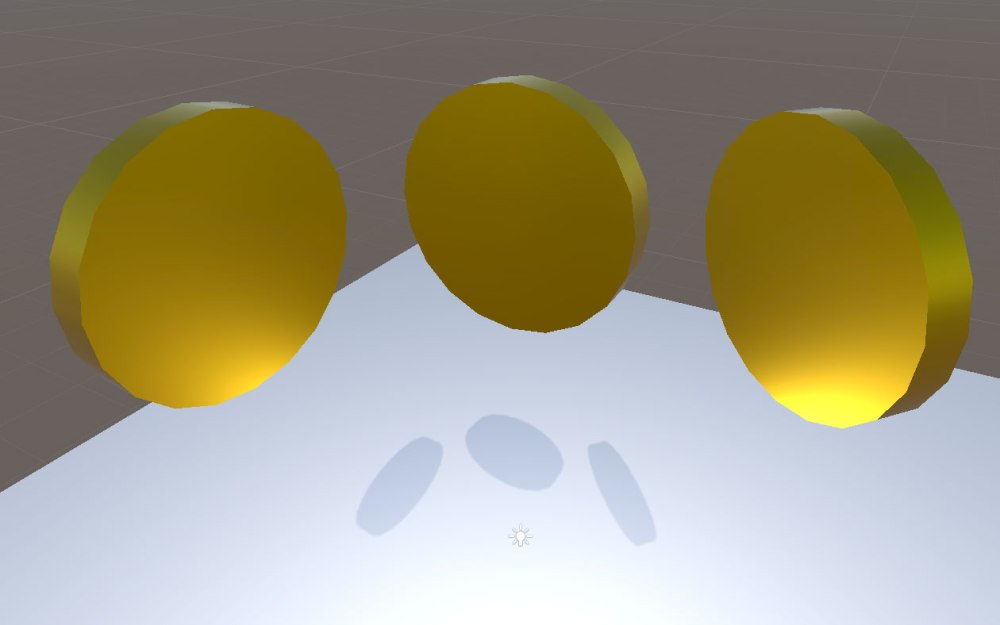 Given the same prefabs and tutorials, everyone creates a different kind of experience. They continually surprise us with new ideas, like this Psyduck simulator where you play a Pokemon trying to escape hordes of trainers throwing pokeballs, and A Walk In The Park, which is of course anything but. 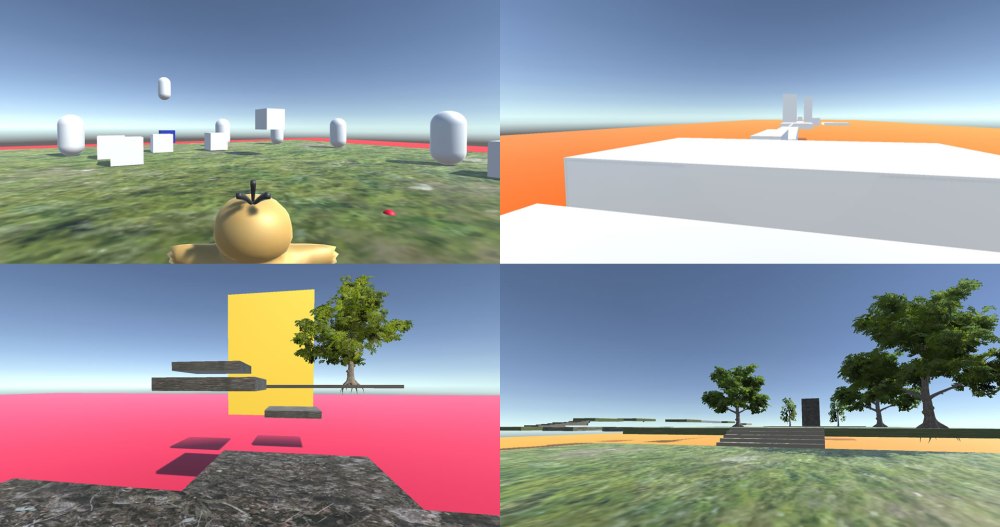 At the end, nearly every participant presents their game on stage and everyone gets the sense of accomplishment that comes from having made a game their friends can actually play. This is what makes game jams and hackathons so great, and it is rewarding to see future hackers’ eyes light up when they realize how the power they have to create anything they can imagine.

Game development is a combination of code with many other arts including 2D/3D art, music and audio, writing, design, architecture, and historical or scientific research. At Hack The Future the Unity station cross-polinates with the Sketchup 3D printing station where kids are learning to make models and print them out. We gather all the models they make and put them into a Unity game as an interactive 3D gallery.

At the end, nearly every participant presents their game on stage and everyone gets the sense of accomplishment that comes from having made a game their friends can actually play. This is what makes game jams and hackathons so great, and it is rewarding to see future hackers’ eyes light up when they realize how the power they have to create anything they can imagine.

Special thanks to Ethan and Trevor, two participants-turned-mentors whose help has been invaluable to the future hackers.

Phase 2: Keep on hacking after the event

When a Hack The Future event ends, the future hackers’ career is just beginning. The next step is carrying on learning outside of the event by finding lifelong sources of mentorship, peer collaboration and creative exploration.

Gamebridge Unityversity is building a new community site for learners to stay involved in weekly classes and to show their games. Making things is just the beginning of the journey. Once you ship something, you get to learn about feedback and improving on what you’ve started.

You can learn more at Hackthefuture.org.